Links about weather and climate so you can check for yourself

Ice area in the Arctic

First, look at diagrams of ice in the Arctic (top) and Antarctic (further down the page). How is the trend at the North and South Pole in terms of sea ice? Total sea ice area? Look at the chart, "Global Sea Ice Area" at the bottom of the page. Further down on this page, look at "Compare side by side." Then compare certain dates. Least ice in 2007. The smallest ice area is in the month of September. Compare 2007 with 2009!

Diagram with ice area during the year 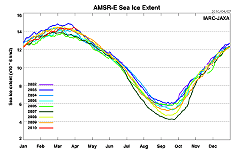 Degrees in Kelvin, the blue lines is zero. The green line is the average temperature since 1958.

Chose the anomaly, then check different months in different years. Compare Feb. 2010 to Feb. 1998, both are El Niño months. Next, look at Sept 1980, Oct 1983, January 1988, Aug. 1992, June 1996. All are cold months after major volcanic eruptions as St. Helens USA 1980, El Chichon Mexico in 1982, Augustin Alaska in 1986, Pinatubo Philippines in 1991, Mont Serrat Caribbean 1995. All are large volcanic eruptions that caused that the average temperature was slightly lower in the 80's and 90's than in the 2000’s. The greatest impact comes sometimes a year later. There have been eruptions in 2010 but not as great as in the previous decades. By far the biggest was Pinatubo. Recently a volcano in Iceland had eruptions but the impact was not so great. Compare different months in the 80's with 2000’s and you see that the last decade has been warmer. What were the warmest winters in the 2000’s? 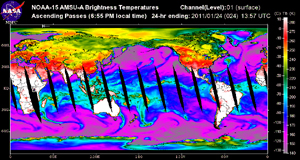 Daily average temperature: Chose for example “Sea Surface”, then you can compare temperature at different altitudes. Click the altitude and year. Why was the temperature so high during the first half of 2010? Answer El Niño. How is it at higher elevations? 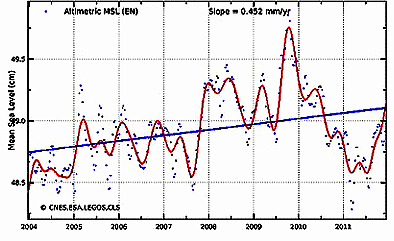 You will see a map with the oceans in colors that show sea-level change. To see the chart click below on "Multimission." Now you see the result from several different satellites together. Then click on Envisat then you see the most recent years with the best satellite. Then you can try with various corrections.

If you want you can chose https://earth.esa.int/web/guest/missions/esa-operational-eo-missions/envisa and then link to the right "Where is Envisat." You can see here that the satellite is polar ie. it circulates around the earth along different meridians of longitude, but it always passes the poles. You can then also look to the universe with a click and see not only stars but also planets. 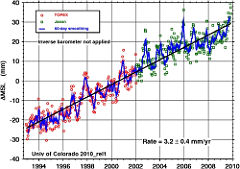 Scroll down the page, first check the chart of sea level increases. How many mm / year? What would this mean in 100 years? Click on the link “Interactive wizard”, click on the local trend, and then click somewhere on the map or add a request for coordinates, click on submit. A diagram will appear above the sea level at the current location, it will not work at the North Sea, unfortunately. Check for example the Maldives and small islands as Tuvalu in the Pacific. You can also see with the colors how the sea surface is changing. Compare the east and west in the Pacific for the year 1998. Why was it that big fluctuations that year? Answer a super El Niño.
How this is mesured is explained at Argo homepage: http://www.argo.ucsd.edu/About_Argo.html

Global maps. Try the different phenomena on Earth's surface over a period of several years. For example: Ocean temperature changes during the year. Check the North-West Atlantic Current. The vegetation changes during the year, check the chlorophyll in the ocean with sea algae, how the snowpack changes during the year. Why does it seems to be no snow at the North Pole during the winter? Aerosols (particles in the air) which comes from burning and deserts. Click on Fire and then on Aerosol Optical Depth. This gives you two maps simultaneously. You can now see how the fires in Africa or at certain times the sands in the Sahara contributes to the aerosols in the air.

Nasa article about a greener earth

Click up a larger map. This is perhaps the finest map available on the earth. Even the Amazon has become greener, but what about Africa and for example China.

Snow area in the world 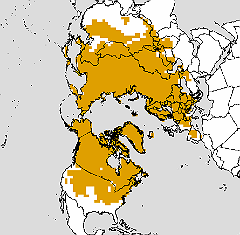 Snow area on earth week by week. Go to the tabular weekly. Check February week number 7 this year. How was snow area in Sqkm. Any year that has more snow than week 7 2010?

Check also seasonal extent under “Graphs”. Compare wintertime with springtime. You can see that the spring is coming earlier. In Sweden we like it. 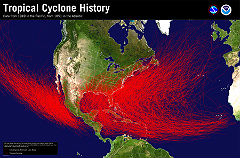 Scroll down the page. There you can see which sides of the Atlantic that is affected most by the cyclones.

Statistics of storms in the West Pacific

http://en.wikipedia.org/wiki/Typhoon
Have the numbers of typhoons increased or decreased? Check the table and read the comments.
For statistics of the Philippines see http://www.cityu.edu.hk/gcacic/Kubota_Chan_09_GRL.pdf

Areas in the world that often have storms

Compare different parts of the earths. 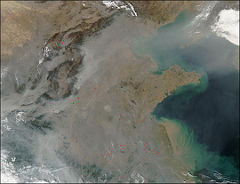 The brown clouds over China. Just one example what the satellites see. 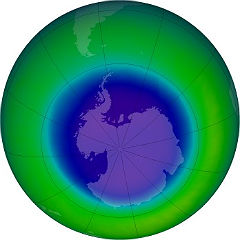 Down on the page, you can see from a diagram how thin the ozone layer is, and the area for different years. Then click the "historical ozone maps" then you can choose different months in the fall of different years to see the largest ozone holes. Is it just the Antarctic or are more countries as Australia and New Zealand affected by this hole?

In conclusion: One site with a lot of statistics about climate is http://www.climate4you.com maintained by the Norwegian professor Ole Humlum. He is one of the few Scandinavian scientist cited by the IPCC in their fourth report.

As an example we use a few of his diagrams:

Fig.2. Reconstructed global temperature over the past 420,000 years based on the Vostok ice core from the Antarctica (Petit et al. 2001). The record spans over four glacial periods and five interglacials, including the present. The horizontal line indicates the modern temperature. The red square to the right indicates the time interval shown in greater detail in the following figure.

Fig.3. The upper panel shows the air temperature at the summit of the Greenland Ice Sheet, reconstructed by Alley (2000) from GISP2 ice core data. The time scale shows years before modern time, which is shown at the right hand side of the diagram. The rapid temperature rise to the left indicate the final part of the even more pronounced temperature increase following the last ice age. The temperature scale at the right hand side of the upper panel suggests a very approximate comparison with the global average temperature (see comment below). The GISP2 record ends around 1855, and the red dotted line indicate the approximate temperature increase since then. The small reddish bar in the lower right indicate the extension of the longest global temperature record (since 1850), based on meteorological observations (HadCRUT3). The lower panel shows the past atmospheric CO2 content, as found from the EPICA Dome C Ice Core in the Antarctic (Monnin et al. 2004). The Dome C atmospheric CO2 record ends in the year 1777.

The diagram above (Fig.3) shows the major part of the present interglacial period, the Holocene, as seen from the summit of the Greenland Ice cap. The approximate positions of some warm historical periods are shown by the green bars, with intervening cold periods.

During especially the last 4000 years the Greenland record is dominated by a trend towards gradually lower temperatures, presumably indicating the early stages of the coming ice age (Fig.3). In addition to this overall temperature decline, the development has also been characterised by a number of temperature peaks, with about 950-1000 year intervals. It may even be speculated if the present warm period fits into this overall scheme of natural variations?

The past temperature changes show little (if any) relation to the past atmospheric CO2 content as shown in the lower panel of figure 3. Initially, until around 7000 yr before now, temperatures generally increase, even though the amount of atmospheric CO2 decreases. For the last 7000 years the temperature generally has been decreasing, even though the CO2 record now display an increasing trend. Neither is any of the marked 950-1000 year periodic temperature peaks associated with a corresponding CO2 increase. The general concentration of CO2 is low, wherefore the theoretical temperature response to changes in CO2 should be more pronounced than at higher concentrations, as the CO2 forcing on temperature is decreasing logarithmic with concentration. Nevertheless, no net effect of CO2 on

temperature can be identified from the above diagram, and it is therefore obvious that significant climatic changes can occur without being controlled by atmospheric CO2. Other phenomena than atmospheric CO2 must have had the main control on global temperature for the last 11,000 years.

The following diagram shows the period since 1850 (indicated by the reddish bar in the diagram above), where it is possible to estimate global temperature changes from meteorological observations (Fig.4).

Fig.4. Global monthly average surface air temperature since 1979 according to Hadley CRUT, a cooperative effort between the Hadley Centre for Climate Prediction and Research and the University of East Anglia's Climatic Research Unit (CRU), UK. The blue line represents the monthly values. An introduction to the dataset has been published by Brohan et al. (2005). Base period: 1961-1990. Last month shown: December 2010. Last diagram update: 3 January 2011.